The population structure of Hong Kong is changing drastically. As there is a rapid increase in the resident population and decrease in birth rate, population ageing is getting more serious. In 2013, the Census and Statistics Department estimated that in less than 30 years, the number of people over 65 years old will increase from 1 (spacing) million to 2.6 (spacing) million in 2041. The median age will increase from 43 to 52. Population ageing will lead challenges including an imbalanced dependency ratio and resource redistribution.

When we look at this phenomenon, we must have to realize that there are real stories behind numbers and figures. Every old person faces a unique situation that needs to be specifically addressed. We also need to be aware that we are the ones who will face the challenges of population ageing when we grow old. That is why we have the responsibility to propel discussion on elderly issues. YIAA allows students to go into communities and conduct interviews so that they can better understand challenges faced by the old and discover stereotypes and value systems that shape society’s knowledge of the group. Students also have the chance to meet with social innovators and learn how to design a feasible service idea for their targets. 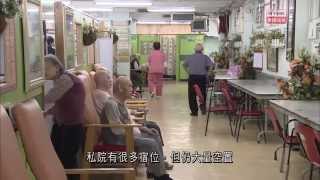 It was revealed that the Cambridge Nursing Home in Tai Po bathed elderly residents in an open-air podium, infringing on their privacy and trampling on their dignity. The incident showed us that the quality of service among private nursery homes varies dramatically. Some organizations pointed out that the Social Welfare Department is not monitoring nursery homes effectively. What is happening to our elderly care policies? According to the Census and Statistics Department, in 2039, one in every four citizens will be 65 or above. Two people in the workforce will have to support one elderly person. Population ageing leads to a shrinking workforce, reduces government revenue and increases social welfare and medical expenditure. To tackle the problem, we need to start now and allocate additional resources to allow the old to enjoy their twilight years. We should also plan for the younger generation’s future retirement and medical protection. Together with the effective implementation of relevant policies, we can help maintain a vibrant society. From a different perspective, some people think that population ageing opened up the “silver hair market” and created numerous business opportunities, providing an environment for young people to thrive. 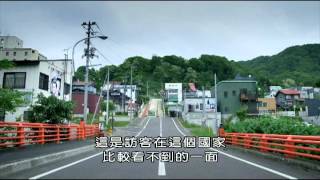 The Alarming Sign of Population Ageing: The Case of Japan (BBC)

Japan today is faced with an extreme situation of population ageing, leading to a serious imbalance in the workforce and Japan’s demographics. The rise of a whole generation that relies on pensions not only caused new sectors to focus on their needs, it also forced the Japanese government to spend an amount equivalent to 2.5 times of the country’s economy to take care of the elderly population. Most unexpectedly, the elderly crime rate of Japan surged 50 times. Many developed countries are laying their eyes on Japan’s population ageing problem, for no one knows which country will be next… Go Out or Not To Go? Friendly Facilities for the Elderly and People with Disabilities
出外的抉擇 - 長者與傷殘人士的設施配套 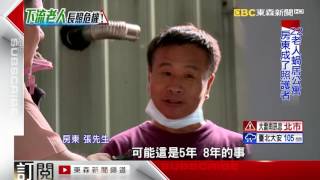 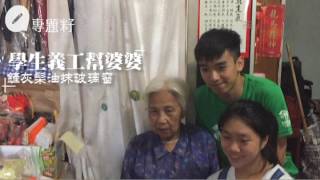 In old public housing estates, it is not uncommon to see spalling from ceilings affecting the lives of residents. Drywall scraping and painting sound easy, but not for the elderly who have mobility problems, or those with physical disabilities. 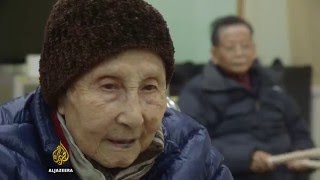 Office workers rush past, oblivious to the army of grey-haired residents toiling in the shadows of Hong Kong's soaring skyscrapers. Dragging trolleys laden with waste, they sell whatever they can collect for just a few dollars. Hong Kong is home to 64 billionaires and has the highest number of Rolls-Royces per capita in the world. But one in three elderly people lives in poverty - one of the highest senior poverty rates in the developed world. And with a rapidly ageing population, Hong Kong could soon face a "silver tsunami". 101 East asks why so many elderly residents are struggling to survive in one of the world's richest cities.

Difficulties experienced by People with Disabilities

When we cross the road, we can hear audible traffic signals, when we travel by the MTR, we see people on wheelchairs using assistive device. However, when we read the news we always see cases where people with disabilities do not receive a fair treatment. Seemingly an open-minded place, but is Hong Kong truly one when it comes to accessibility for people with disabilities and fair opportunities for integration? According to the report of the Census and Statistics Department, there are 361,300 persons with disabilities in Hong Kong, making up 5.2% of the population. There are also 87,000 people who are mentally disabled, making up 1.3% of the population. Among the people with disabilities, only 13.2% are employed. The education level is on the whole lower than the average population. They are facing not only inconvenience in daily life, but also a lack of resources in care homes, limited access to education, employment difficulties and stigma from society.

YIAA aims to provide a channel for students to enter the world of people with disabilities, to understand their struggle and the hidden preconceptions from society. By hearing from social innovators in Hong Kong, students will be inspired to draw up a proposal for their service targets and participate in building a more inclusive Hong Kong for all.

Go Out or Not To Go? Friendly Facilities for the Elderly and People with Disabilities
出外的抉擇 - 長者與傷殘人士的設施配套 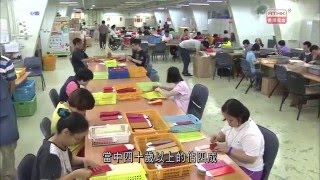 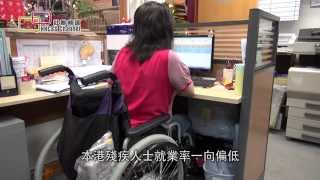 People with Disabilities: All We Need is An Opportunity
殘疾人士：我們只欠一個工作機會 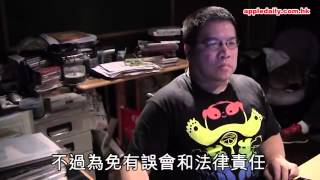 In old public housing estates, it is not uncommon to see spalling from ceilings affecting the lives of residents. Drywall scraping and painting sound easy, but not for the elderly who have mobility problems, or those with physical disabilities.

The 1989 Convention on the Rights of the Child (CRC) was internationally recognized and ratified in Hong Kong in 1994. The CRC acknowledges that every child has the right to life, right to be protected, right to grow and express their opinions. CRC defines a child as a person under 18 years of age. Among the 7 million people in Hong Kong, 1.1 million are children.

Is Hong Kong a suitable environment for children to thrive? In recent years, we always hear the catchphrase “winning at the starting line”. Children face the pressure of schoolwork and exams. Between the end of 2015 and the first half of 2016, more than 30 students committed suicide, showing that children are facing stress that cannot be relieved. There are currently 180,000 children living below the poverty line, more than 20,000 children under 15 live with disabilities including those with special education needs, we have more children from ethnic minority groups dropping out of school than those from Chinese groups, children from disadvantaged families and youth at risks all face different challenges.

Challenges can help us grow or hinder us from going forward. Certain problems might be passed onto the next generation if they are not dealt with properly. YIAA inspires young people to reflect on their own situation and addresses developmental challenges faced by children, so as to enable children to grow up and thrive in a supportive environment. 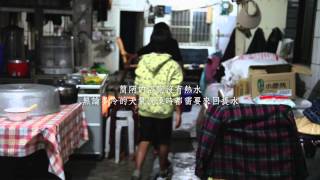 Troubles Faced by My Sister after Graduation
姐姐的畢業煩惱 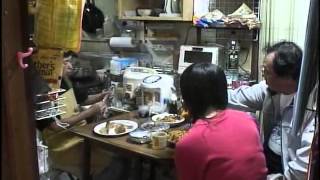 Hereditary Poverty – How Fearful Can That Be? Huang I-chung: "It's Dividing Taiwan"
貧窮世襲多可怕?黃益中嘆:已把一個台灣撕成2世界!